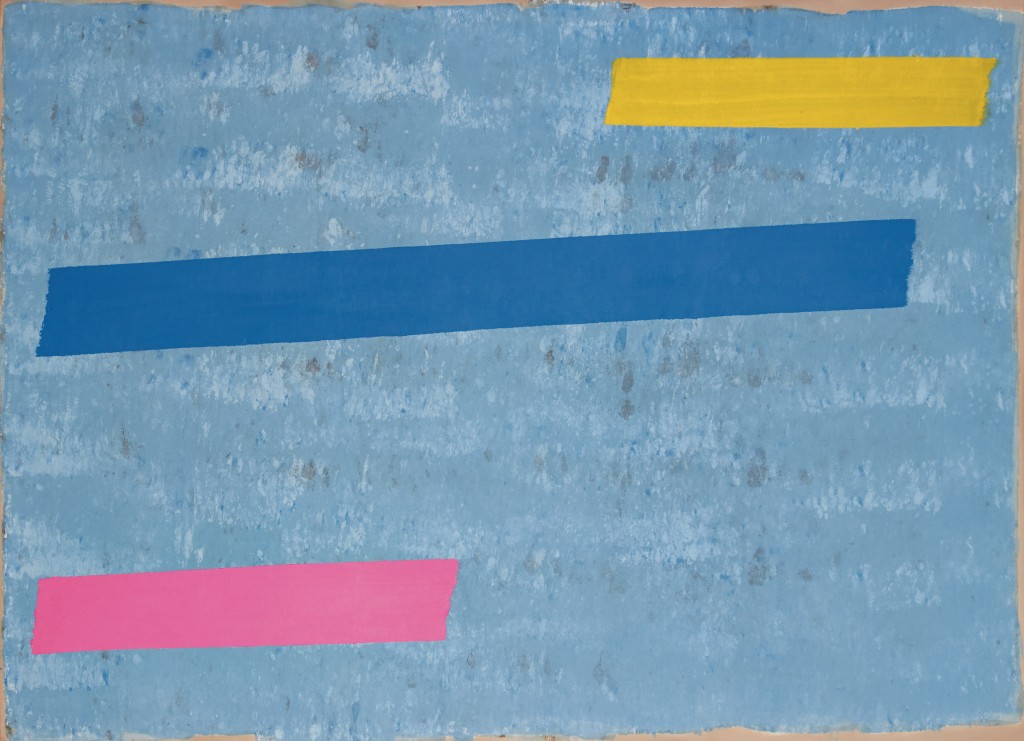 (Toronto – May 29, 2014) – Two magnificent canvases by renowned Canadian painter Jack Bush highlighted the record-breaking Consignor Spring Auction of Important Canadian Art, the online sale closing for bidding on Thursday afternoon. Summer Lake (1973), a radiant fifty-by-seventy inch acrylic fetched $310,500 (all prices include 15% Buyer’s Premium), doubling its pre-sale auction estimate of $100,000-150,000, while Pink on Red (Thrust), a spectacular 1961 canvas, sold for $299,000, soaring past its estimate of $175,000-225,000. The pair of paintings not only became two of the three highest priced works by Jack Bush to sell at auction in Canada, they are now also the two most expensive Canadian works of art to ever sell in a Canadian online auction.

The pair of Bush canvases were two of an exceptional array of Contemporary and Post-War selections which were consigned from the corporate art collection of Rothmans, Benson & Hedges Inc. The assemblage of artwork offered from the corporation featured rare and exquisite examples from many of Canada’s most acclaimed artists, leading to excited and enthusiastic bidding from collectors across Canada and internationally. Further auction result highlights from the corporate collection included work by Betty Goodwin, Tom Hodgson, Gordon Rayner, Dorothy Knowles, David Bolduc and Ray Mead. Gris et Bleu, a 1972 canvas by Yves Gaucher achieved $46,000, selling just shy of the artist’s auction record, while October #2, a luminous oil by Gershon Iskowitz sold for $48,300, exceeding the painting’s pre-sale estimate. All three works by Saskatchewan painter William Perehudoff (two consigned by Rothmans, Benson & Hedges Inc) attracted feverish bidding, with AC-78-33, a 41 x 136 inch canvas setting a new auction record for the artist’s work, bringing $46,000.

Consignor Managing Director Lydia Abbott noted, “The overall enthusiasm of collectors witnessed throughout the previews and auction speak to the strength of the Canadian art market. We are thrilled to have offered such significant works and observed such excitement for Post War and Contemporary Canadian art.”

The 81-lot auction grossed just over $1,075,000, landing at the high-end of the auction’s pre-sale expectation and almost doubling the total for Consignor’s Fall Auction of Important Canadian Art, the firm’s inaugural major sale.

“We are delighted with the performance of our spring sale”, said Rob Cowley, President of Consignor, “The auction showed that when desirable works of art are offered through a venue which expertly combines traditional service and promotion with innovative technology and convenience, outstanding prices from discerning collectors are the result.”